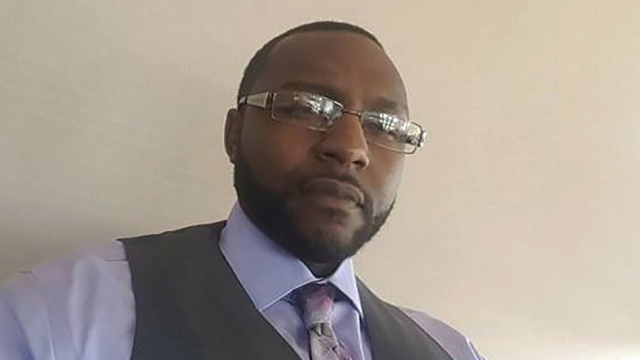 What looks like a scene from "Get Out" is former police detective Lionel Womack's disturbing reality and the center of an excessive force lawsuit against Sheriff's Deputy Jeremy Rodriguez of Kiowa County, Kansas.

I rewatched it four times, just trying to get some sort of understanding as to why that officer felt justified in using deadly force.

Womack's wife and police officer with the Kansas City, Kansas, police department trying to make sense of the Aug. 15 encounter. Her husband, run over intentionally.

"To me, it showed a blatant disregard for human life. I don't see any justification for using deadly force in that situation."

Womack told the Associated Press the situation started on his drive back home from a business trip in California. Kansas Highway Patrol initiated a chase, saying in an email it saw a car traveling at more than 100 miles per hour. Later sheriff's deputies from Pratt County and Kiowa County joined the chase that ended on this dirt road.

Womack said: "When the first officer turned his lights on, I pulled over and complied ... exactly as you're supposed to. But when three additional vehicles pulled up quickly and started to surround my car, I freaked out. That's when I took off. It was a 'fight or flight' moment, and I was going to live."

As he ran, deputies drove after him.

Rodriguez… hitting Womack with his truck. The 35-year-old sustained serious injuries, including to his back and pelvis, according to the lawsuit. It's been four months since the chase. Womack is jailed on felony charges of attempting to elude a law enforcement officer and interference with a law enforcement officer, as well as several misdemeanor traffic citations.

Kiowa County Sheriff Chris Tedder has not responded to requests for comment, and Rodriguez remains on patrol. The case -- renewing serious questions about use of force, and what law enforcement should do when someone is fleeing.