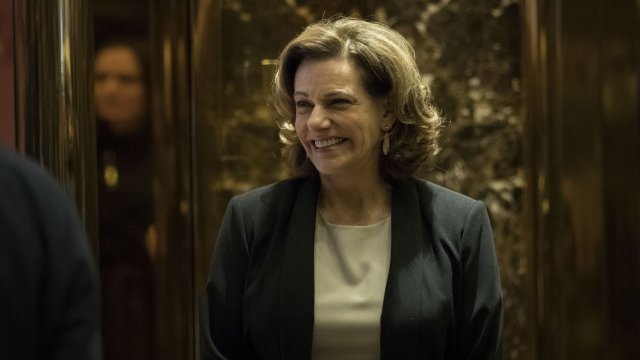 K.T. McFarland's nomination for U.S. ambassador to Singapore is on hold.

The reason why is a bit complicated, but in a nutshell, there are apparent inconsistencies in written testimony she gave to a U.S. senator.

Alright, so some back story: McFarland used to be Michael Flynn's deputy national security adviser.

Reminder: Michael Flynn was President Donald Trump's former national security adviser. He resigned less than a month after the president's inauguration when we learned he'd misled the White House about conversations he had with Russian Ambassador to the United States Sergey Kislyak. Flynn pleaded guilty of lying to the FBI on Friday.

At the time, the White House said Flynn had acted independently in discussing Obama-era sanctions with the Russians as Team Trump was transitioning to the Oval Office. 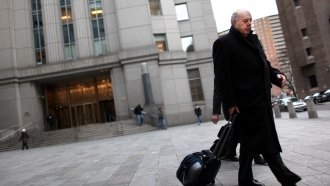 Trump's Lawyer Claims Responsibility For The Tweet About Mike Flynn

Okay, so back to McFarland. President Trump nominated the former Fox News analyst-turned-deputy national security adviser to the diplomatic post of ambassador to Singapore back in June.

And as part of the confirmation process, she had to submit answers to questions from the Senate, which ultimately confirms or rejects ambassadors.

One of those questions, from New Jersey Democrat Cory Booker, was this: "Did you ever discuss any of Gen. Flynn’s contacts with Russian Ambassador Sergey Kislyak directly with Gen. Flynn?"

Her answer — not an outright denial — was this: "I am not aware of any of the issues or events as described above."

As it so happens, though, The New York Times got a hold of emails that suggest McFarland did know about a call Flynn had with Kislyak.

And CBS is reporting she also spoke to Flynn about it.

Now, all this matters because it raises questions about whether she was evasive or — depending on your political views — dishonest with Congress about what she knew. And that matters because it's another piece of the ongoing puzzle about what, if any, collusion occurred between Russia and Team Trump.

For now, though, McFarland's nomination is on hold, and she hasn't publicly responded to questions about her exchange with Senator Booker.