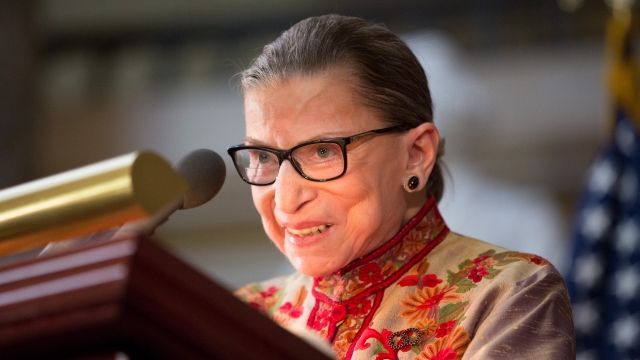 Notorious RBG strikes again. Supreme Court Justice Ruth Bader Ginsburg will step off the bench and onto the stage for one night in November.

The 83-year-old justice will star in the Washington National Opera's production of "The Daughter of The Regiment."

Ginsburg won't sing, but she will have a speaking part — and apparently, they're tailoring the lines to better reflect her Supreme Court experience.

While some have questioned Ginsburg's fitness to still serve on the court, Ginsburg will be flexing her memory and performance skills on stage Nov. 12 at the Kennedy Center.

Ginsburg told NPR there's nothing for her to be nervous about since she won't be singing.

As The Washington Post points out, Ginsburg has appeared on stage in three Washington National Opera productions during the past 20 or so years.

Most recently, she joined her late colleague Justice Antonin Scalia on stage in 2009.