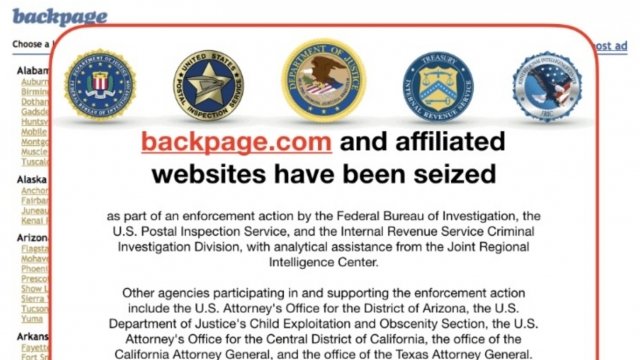 One of the site's founders was also charged as part of a 93-count sealed indictment.

Federal agents shut down the classifieds website backpage.com in an effort to purge the internet of sites that enable illegal sex work and sex trafficking.

Law enforcement also charged one of the site's founders as part of a 93-count sealed indictment.

Backpage, similar to Craigslist, allows users to post ads in a variety of categories. But it's notorious for its "adult" sections, which authorities say is a thinly veiled cover for sex work and trafficking.

Backpage had already shut down its adult section as of January 2017, but internal emails allegedly show the site's operators were more interested in masking illegal activity than in reporting it to authorities.

In addition to consensual sex work, the site has been accused of being a haven for child sex traffickers.

A 2017 Senate report cites the National Center for Missing and Exploited Children, which said Backpage was involved in 73 percent of suspected child trafficking reports the group received from the general public.