Justice Department's No. 3 Is Reportedly Stepping Down 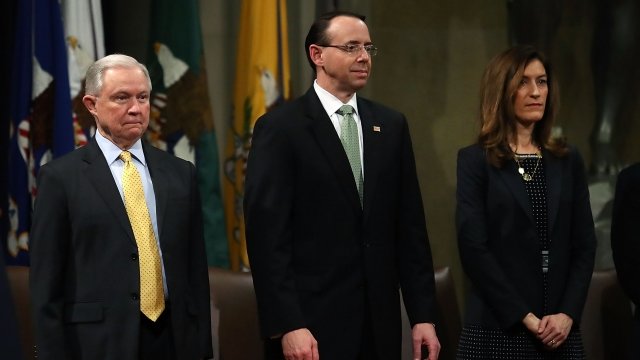 The No. 3 at the Department of Justice is reportedly stepping down.

Rachel Brand is next in line behind Rod Rosenstein, who supervises Robert Mueller's investigation. President Trump has reportedly considered firing Rosenstein. With Attorney General Jeff Sessions having recused himself from the matter, Brand would have had to step into that oversight role in Rosenstein's absence.

Brand's departure comes at a time of turmoil for the Trump White House.

Chief of staff John Kelly is battling back reports he offered to resign after Rob Porter's resignation amid domestic abuse allegations. Another of Kelly's subordinates is leaving the West Wing to head the Office of National Drug Control Policy.

Brand, who has been appointed to positions in three consecutive presidential administrations, will reportedly move on to the top legal position at Walmart.