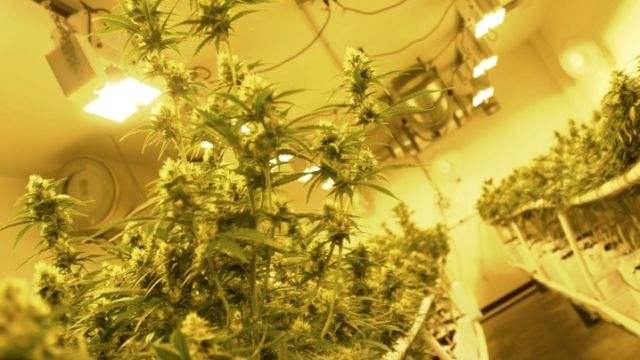 Congress included a provision in its new budget bill that says the Department of Justice can't spend money on medical marijuana prosecutions.

It looks like Congress has no interest in cracking down on state medical marijuana laws.

How do we know? Because it's explicitly written into the newly unveiled budget bill, which will fund federal agencies through the end of September.

Tucked away on pages 230 and 231 of the 1,665-page bill is what's now known as the Rohrabacher-Blumenauer amendment. The provision says the U.S. Department of Justice can't use any funds on medical marijuana prosecutions.

Attorney General Jeff Sessions said back in March that he believes "medical marijuana has been hyped, maybe too much." But the provision isn't a complete blow to Sessions' marijuana fight.

A study found that if all states had a medical marijuana law, it would save taxpayer money used on prescription drugs.

It does not prevent the DOJ from going after recreational marijuana laws that are on the books in eight states and the District of Columbia.

And its protection of medical marijuana businesses and users only lasts though this current budget bill. But the amendment has been included in every budget bill since 2014, so it could likely be included in the next one, too.

The budget bill lists 44 states with some sort of medical marijuana law.