Critics Are Trying To Use Biden's Long Voting History Against Him 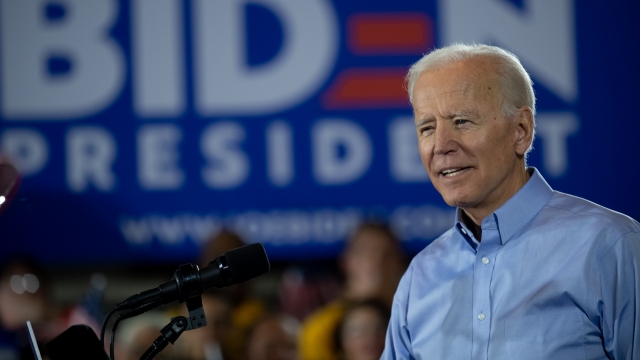 Joe Biden is officially in the race for president, and his critics have already started using his long voting record against him.

Justice Democrats, a progressive political action committee, put out a series of tweets arguing Biden is too conservative for today's Democratic Party. One of those tweets lists six separate policy issues that the group says Biden has been on the wrong side of.

So does the former vice president have a history of voting against some key liberal issues? Well, yes. But before we look back at Biden's voting history, it's important to remember just how long it is.

In 1970, Biden started a two-year gig on the New Castle City Council in Delaware. From there, he jumped to the U.S. Senate, where he served six terms on Capitol Hill. Then, of course, he spent eight years as vice president. All of the votes the tweet targeted came from his 36 years in the Senate.

Justice Democrats said Biden voted "for the Iraq War, for mass incarceration, and for the Bankruptcy Reform Act."

In 2002, then-Sen. Biden did vote to approve the use of military force against Iraq. Biden said he made his decision after a speech by then-President George W. Bush: "He said that, quote, 'War is neither imminent nor inevitable.'" The bill was often called the Iraq War Resolution, but it *wasn't a formal vote for war. The law let President Bush use the military "as he determines to be necessary and appropriate" to defend the U.S. against Iraq and enforce certain U.N. resolutions.

On the other two issues — the Bankruptcy Reform Act and mass incarceration — there's not one specific bill to point to. Bankruptcy and criminal justice bills came up multiple times during Biden's years in the Senate. Our partners at Politifact highlighted his 2005 "yes" vote on a law that tightened Chapter 7 bankruptcy filing rules, as well as a couple of his votes on large criminal justice bills that effectively put more people in prison.

The other half of the Justice Democrats' tweet focused on issues Biden didn't support, and that's where their critiques landed on shakier ground.

They said Biden voted against gay marriage, and he did — over two decades ago. He voted for the Defense of Marriage Act in 1996. But in a 2012 interview with "Meet The Press," Biden somewhat famously announced a change of heart, saying he was "absolutely comfortable" with same-sex marriage.

Biden also cast a vote against abortion rights in 1982 that's not really representative of his current beliefs. Justice Democrats also accused him of opposing school desegregation, but that's not accurate — Biden supported desegregating schools, he just opposed accomplishing it by busing black students to schools outside their local districts.

So yes, in the past Biden has voted against some traditionally Democratic issues. But a lot has changed in Washington, D.C., since Biden first arrived there nearly five decades ago, including some of his own opinions.