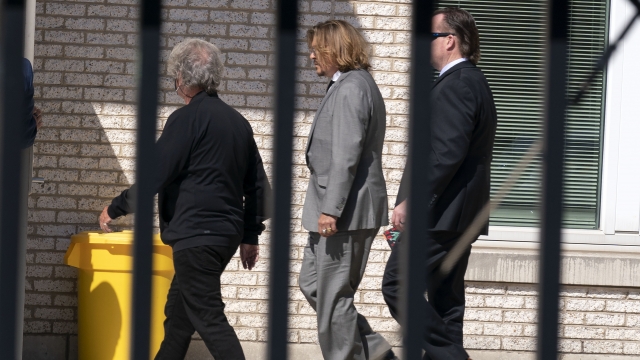 A jury in Virginia is scheduled to hear opening statements Tuesday in a defamation lawsuit filed by Johnny Depp against his ex-wife, Amber Heard.

Depp says Heard libeled him when she wrote an op-ed piece in The Washington Post in 2018 referring to herself as a "public figure representing domestic abuse."

Depp is never mentioned by name, but he says the article implicates him nonetheless because it refers to past accusations Heard made when she sought a restraining order against him. Depp denies the abuse allegations.

A civil jury of seven members, plus four alternates, was selected Monday to hear the case in Fairfax County Circuit Court. Heard's lawyers had sought to have the case tried in California, where the actors reside. But a judge ruled that Depp was within his rights to bring the case in Virginia because The Washington Post's computer servers for its online edition are located in the county.

The trial is expected to last for more than a month. A lengthy witness list includes actors Paul Bettany and James Franco, and tech entrepreneur Elon Musk. Some witnesses are slated to appear in person, while others are scheduled to appear via video link.