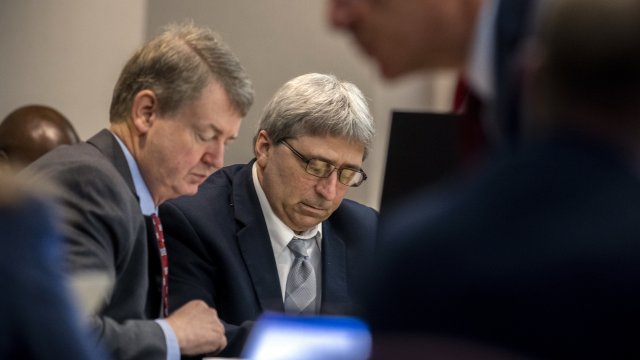 SMS
Jury Selection Continues In Killing Of Ahmaud Arbery Trial
By Newsy Staff
By Newsy Staff
October 25, 2021
The high-profile nature of the case has made the jury selection process more difficult.
SHOW TRANSCRIPT

Week two of jury selection in the killing of Ahmaud Arbery trial has begun.

The court is sifting through 20 potential jurors at a time.

Lawyers are trying to find impartial jurors, which is difficult, given the high-profile nature of this case.

At least 23 potential jurors were accepted, but none of them were seated.

25 year-old Arbery, who was black, was shot and killed last year while jogging in a Georgia neighborhood.

Three white men are charged with murder. They say they acted in self-defense because they thought Arbery was a burglar.

Arbery's family says he was targeted because of his race.