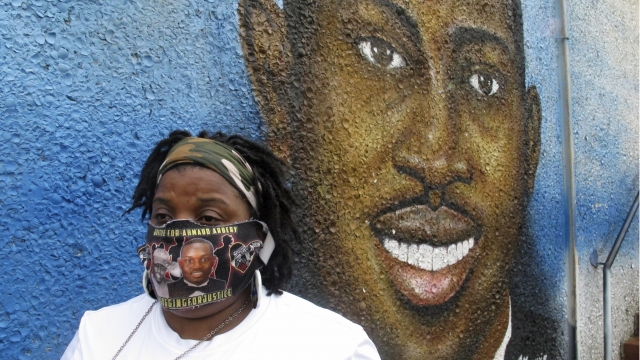 Jury selection in the murder trial of Ahmaud Arbery is scheduled to begin Monday. For many, it’s not just the three white defendants on trial, but rather a justice system that allowed them to remain free for weeks after they pursued and killed a Black man.

Greg McMichael, Travis McMichael and William "Roddie" Bryan are charged with chasing Arbery in a pickup truck and fatally shooting him after spotting him running in their neighborhood. More than two months passed before their arrests after video of the shooting was leaked online and sparked a national outcry.

Local activists plan a weekend rally at the Glynn County Courthouse in Brunswick, Georgia, a working-class port city 70 miles south of Savannah, and a car caravan through the neighborhood where Arbery was slain.

“It’s shaken the faith of the Black and brown community in their ability to trust the justice system,” said the Rev. John Perry, who was president of the Brunswick NAACP chapter when Arbery was killed.

Arbery's death on Feb. 23, 2020, later became part of the broader reckoning on racial injustice in the criminal legal system after a string of fatal encounters between Black people and police — George Floyd, Breonna Taylor and Rayshard Brooks, among others. Akeem Baker, a close friend of Arbery's, still takes runs on the 23rd day of each month for a distance of exactly 2.23 miles to keep his memory alive.

Baker said he is frequently tagged in social media posts by people doing similar memorial runs as far away as the U.K.

The McMichaels and Bryan are charged with nine counts each, including malice murder, felony murder, aggravated assault and other crimes. The men told police they used pickup trucks to keep Arbery from fleeing the Satilla Shores neighborhood. Security cameras in an open-framed house under construction had previously recorded him on the site, and they suspected he was stealing.

Prosecutors contend Arbery was merely jogging on a street just 2 miles from his home. They say he was unarmed and police found no evidence he had stolen anything.