Jury Convicts Driver Of Murder In Death Of Charlottesville Protester 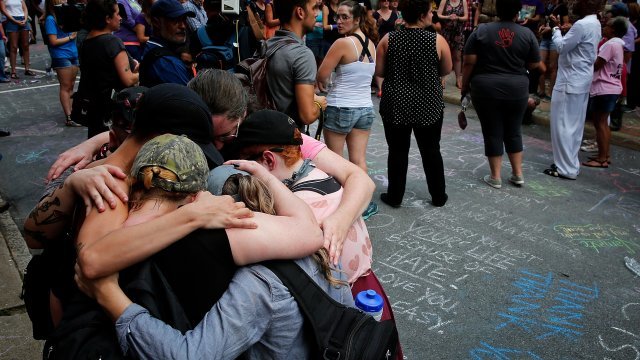 A jury in Virginia has convicted James Fields of first degree murder. Fields drove his car into a crowd of people protesting a far-right rally in Charlottesville last year, killing 32-year-old Heather Heyer.

While Fields had claimed he thought the crowd was attacking him, recordings presented in court reportedly showed Fields approaching the crowd slowly before reversing and accelerating toward it.

In addition to the murder charge, the jury convicted Fields of multiple counts of aggravated malicious wounding, and failing to stop at an accident involving death.

Fields still faces a litany of federal hate crime charges for which he could receive the death penalty.