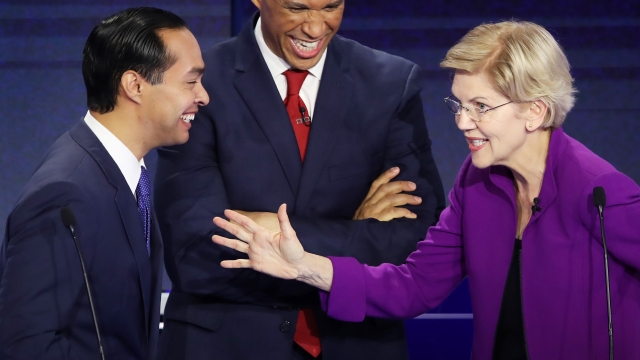 "More and more they're recognizing that you're the one who's actually going to get it done," Castro said.

Castro announced the endorsement in a video posted to Twitter Monday.

"There's one candidate I see who's unafraid to fight like hell to make sure America's promise will be there for everyone, who will make sure that no matter where you live in America or where your family came from in this world — you have a path for opportunity, too," Castro said.

Warren responded to Castro's endorsement in a tweet of her own, calling him a "powerful voice for bold, progressive change."

Castro will campaign alongside Warren this week. Warren's office said he will join her at an event in New York Tuesday.