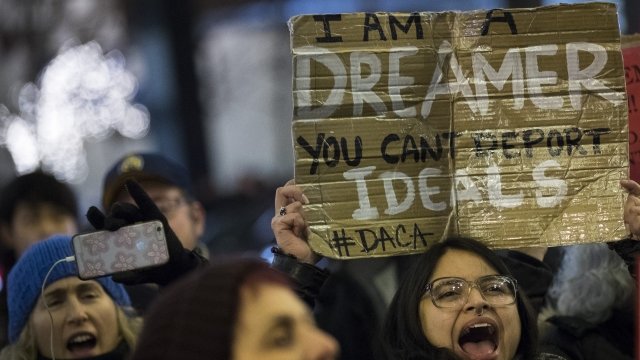 The Deferred Action for Childhood Arrivals program grants renewable, two-year deportation deferrals for some undocumented immigrants who were brought to the U.S. as children. It also lets them legally work, study and serve in the U.S. military. The Trump administration tried to end the program last year, which prompted lawsuits from across the country.

A three-judge panel of the 9th U.S. Circuit Court of Appeals unanimously upheld a preliminary injunction against the Trump administration and said it'll stay in place until the lawsuits play out in federal courts. The ruling means DACA protections will remain nationwide.

The judges said they made their decision not because the administration didn't have the authority to end DACA, but because its argument that DACA was created illegally in the first place didn't add up.

The Trump administration sent a letter to the court last month saying that if a decision was not made by Oct. 31, it would have the Supreme Court decide on the issue. It put in its request with the Supreme Court earlier this week, but there's been no word yet on whether the court will act on it.