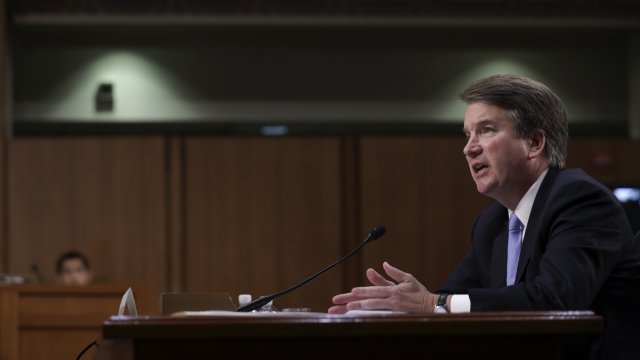 By Katherine Biek
December 19, 2018
A number of the 83 complaints revolved around Kavanaugh's conduct during his Senate confirmation hearings.
SHOW TRANSCRIPT

A number of the 83 complaints revolved around Kavanaugh's conduct during his Senate confirmation hearings. The panel said the complaints generally accused Kavanaugh of making false statements, showing bias and treating members of the Senate Judiciary Committee disrespectfully.

Chief Justice John Roberts appointed the panel of judges to review the complaints back in October. But even though the judges said the allegations were "serious," the panel ruled Tuesday that it had no choice but to dismiss them because it has no legal authority over Kavanaugh.

That's because a 1980 law on judicial conduct does not give a judicial council the power to discipline a Supreme Court justice.

At the time Congress passed the law, lawmakers reportedly decided it wouldn't look good for lower court judges to be disciplining a court established by the Constitution.