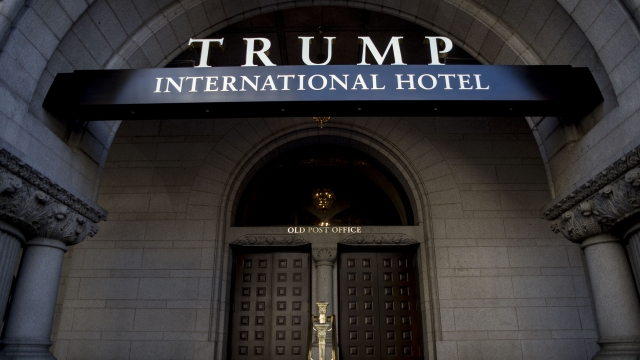 A federal appeals court has unanimously dismissed an anti-corruption lawsuit against President Donald Trump that was filed by more than 200 congressional Democrats.

The lawsuit argues he violated the Constitution's emoluments clause because foreign governments spent money at this luxury hotel in Washington, D.C., and other businesses. The clause bans federal officeholders from receiving gifts, payments or anything else of value from foreign governments without congressional consent. Lawmakers filed the lawsuit in 2017.

But the court ruled Friday that the plaintiffs can't sue on behalf of Congress as a whole because it would take majority votes in the House or Senate "to approve or deny the President's acceptance of foreign emoluments." The court did not rule on whether the president actually violated the emoluments clause. But President Trump praised the ruling as a big win.

"We just won the big emoluments case," he said. "I think it was a unanimous decision. This was brought by Nancy Pelosi and her group, just came out a few minutes ago. So I'll be reading it on the helicopter, but it was a total win."

But President Trump isn't in the clear yet. Two other emoluments clause cases against him and his business interests are still pending.