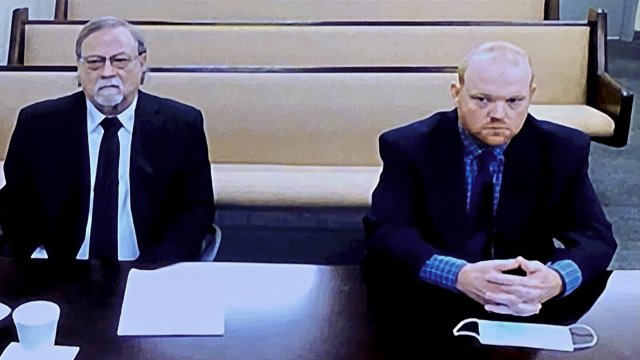 A father and son accused of killing Ahmaud Arbery are in court today asking for a judge to consider their bond requests.

Gregory McMichael and Travis McMichael are also asking the judge to dismiss  two of the counts against them, including malice murder.

The two have been in custody since May.

Arbery — who was Black — was killed in February as he went for a jog in Georgia.

A third man has also been charged in the killing.