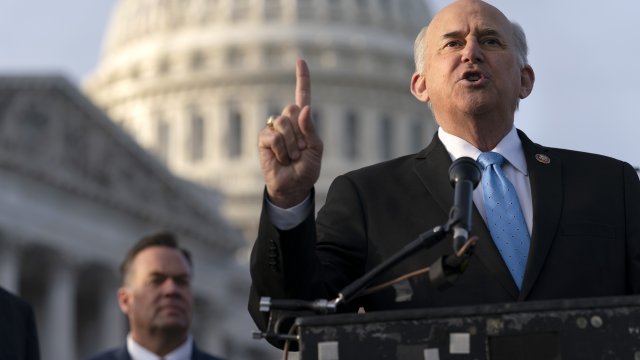 A federal judge has thrown out a long-shot lawsuit that aimed to overturn the presidential election ahead of Congress's Jan. 6 session to count the Electoral College votes.

The judge found Rep. Louie Gohmert of Texas and a slate of Arizona Republicans had no standing to sue in their case that sought to upend the process of certifying electoral votes. The plaintiffs argued the Constitution gives Vice President Mike Pence the power to decide which votes count, regardless of actual election results.

Vice President Pence is responsible for tallying each state's envelopes and announcing electoral results on January 6, when Congress will meet to certify President-elect Joe Biden's victory. And he asked the judge to reject the suit, saying "(A) suit to suit to establish that the Vice President has discretion over the count, filed against the Vice President, is a walking legal contradiction."

The Justice Department also requested the suit be thrown out, but it maintained that Gohmert should sue Congress over an 1887 law for how elections are certified. Still, Gohmert and the other plaintiffs filed a notice of appeal soon after the dismissal, in which the judge pointed to dozens of election challenges that have failed in courts over the past two months.

Gohmert's filing claimed the government is trying to "hide behind procedural arguments." It said, "They say that the Vice President, the glorified envelope-opener in chief, has no authority to preside over anything else or to decide anything of substance or to even count the votes in those weighty envelopes. He is only the envelope-opener."

Gohmert is one of 140 House Republicans who are expected to vote against certifying the election on Wednesday. But the objections are almost guaranteed to fail, as they require a majority in both the Republican-led Senate and in the Democrat-controlled House.

There has still been no evidence of widespread voter fraud, as numerous courts - including the Supreme Court - have rejected challenges seeking to overturn the election.