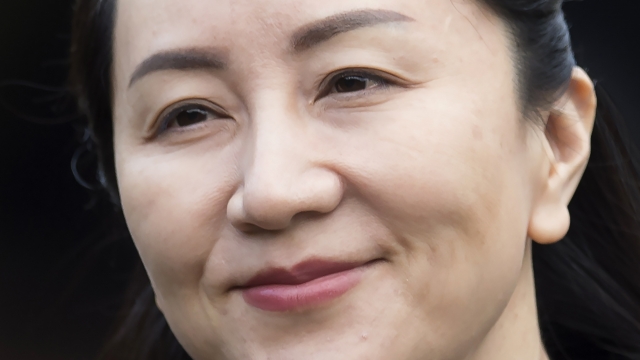 SMS
Judge Rules Extradition Trial For Huawei CFO Can Continue
By Ahmed Jawadi
By Ahmed Jawadi
May 27, 2020
A judge ruled Wednesday​ the U.S. charges against Meng Wanzhou can also be considered crimes in Canada.
SHOW TRANSCRIPT

A Canadian judge has ruled that the U.S. extradition case against Huawei Chief Financial Officer Meng Wanzhou can move forward.

Canadian authorities arrested Meng in 2018 at the request of the U.S., which has charged her with bank fraud and violating U.S. sanctions against Iran. Following a hearing in January, the judge ruled on Wednesday the case did indeed meet the standard for "double criminality," meaning the U.S. charges can also be considered crimes in Canada.

Wednesday's ruling does not determine whether Meng actually broke U.S. law, only whether her alleged actions could be considered a crime under Canadian law. Canada's Justice Department said a judge will determine whether there's enough evidence to warrant her extradition at a hearing later this year.

Huawei said in a statement it was "disappointed" in the court's ruling, but that it expects "Canada's judicial system will ultimately prove Ms. Meng's innocence."