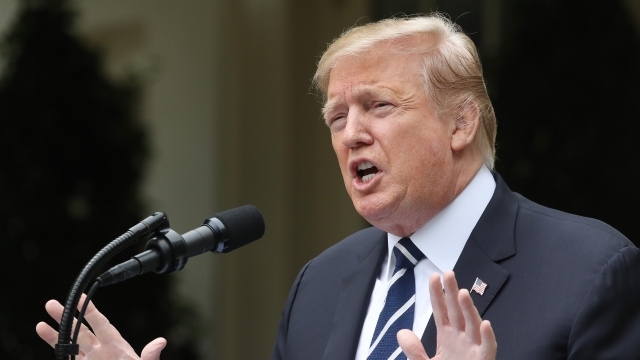 A federal judge in New York ruled Wednesday that Deutsche Bank and Capital One can give House Democrats President Donald Trump's financial records as part of subpoenas from two House committees.

In their lawsuit against Capital One and Deutsche Bank, the president's lawyers said the House subpoenas "were issued to harass President Donald J. Trump, to rummage through every aspect of his personal finances, his businesses, and the private information of the President and his family."

The judge's decision came two days after another federal judge, this time in Washington D.C., said accountants at Mazars USA had to comply with a Congressional subpoena for President Trump's financial records.

Just last week, the Treasury Department rejected one subpoena from the House Ways and Means Committee. The committee had asked for six years worth of President Trump's personal and business federal tax returns.