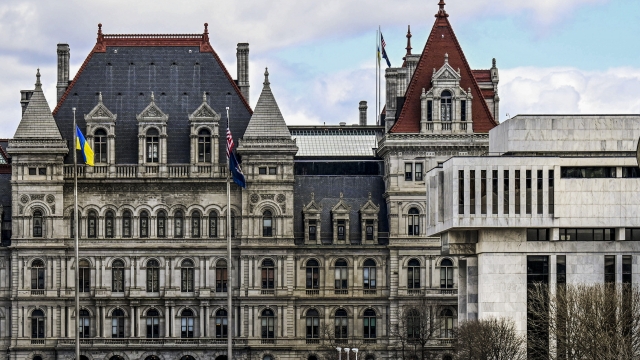 The tough political environment facing Democrats this year may have gotten even tougher.

"No other state has rejected a map after the process has started and gotten this far along, new towards Election Day," said Jeffrey Wice, senior fellow at New York Census and Redistricting Institute.

Across the country, both parties have been jockeying for advantages while crafting new congressional boundaries following the 2020 census.

Republicans looked to be in the driver's seat earlier this year, controlling more of the state legislatures overseeing the process.

But Democrats have so far evened the playing field by gerrymandering blue states like Illinois and — until the court ruling — New York, where the proposed map gave Democrats an advantage in 22 of the state's 26 congressional districts.

It's an advantage the state's highest court zeroed in on.

"The court only focused on the the criteria that banned favoring or disfavoring political parties; it did not weigh in the other criteria such as minority voting rights or the population equality or communities of interest," Wice said.

The party in power historically loses seats in Congress come the midterm elections.

But those headwinds combined with a potential Republican advantage in redistricting could mean a dramatic power shift in the House of Representatives come November.

Court battles have been playing out throughout the country as states perform the once-in-a-decade task of reformulating voting districts based on population growth and loss.

The drawn out battles led a judge Friday to push back New York's congressional and state Senate primary elections to late August.

"A lot of people are talking right now, there's confusion," Wice said. "Candidates who spent weeks gathering petitions and spending money don't have districts to run in right now, so it's a frustrating period for candidates, the public alike."