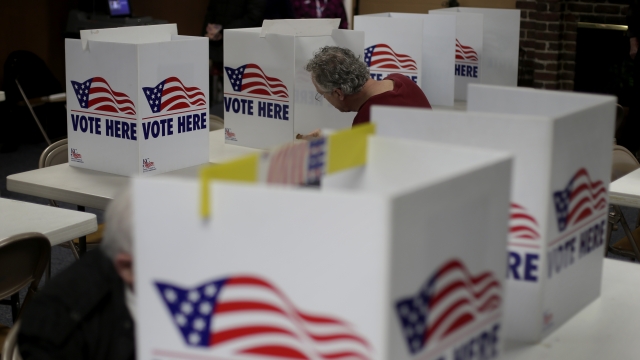 SMS
Judge Rules New York Must Hold Democratic Presidential Primary
By Katherine Biek
By Katherine Biek
May 6, 2020
Democrats on the State Board of Elections voted in late April to cancel the presidential primary after removing withdrawn candidates from the ballot.
SHOW TRANSCRIPT

A federal judge ruled Tuesday that the state of New York must hold its Democratic presidential primary in June.

State law allows election officials to remove the names of candidates from the ballot if they've already suspended their campaigns.

Because of this, Democrats on the New York State Board of Elections voted in late April to cancel the presidential primary. They argued that since former Vice President Joe Biden was the only name on the ballot, it was "frivolous" to hold the contest and risk spreading the coronavirus further.

This prompted Andrew Yang, who dropped out of the Democratic race earlier this year, to sue the state Board of Elections. He argued that removing his name from the ballot and canceling the election was unconstitutional and disenfranchised voters.

The judge agreed in her ruling. She granted a preliminary injunction that requires the presidential primary be held on June 23 and restores withdrawn candidates to the ballot.

Yang praised the judge's decision. Meanwhile, the co-chairman of the New York State Board of Elections says it plans to appeal.