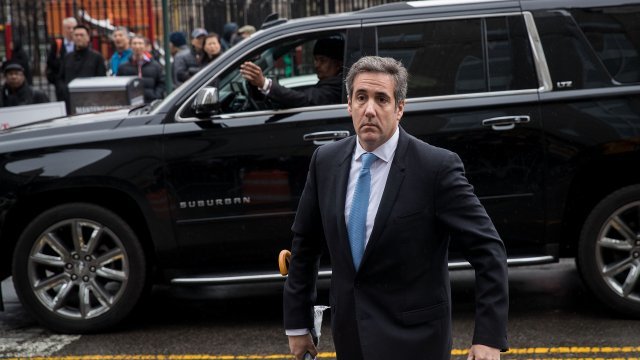 On Thursday, a federal judge appointed a special master to determine what materials from the Michael Cohen raids falls under attorney-client privilege.

Cohen's legal team will also be allowed to review the documents at the same time, but the decision of what is and isn't covered by that privilege is up to the special master.

Attorneys for President Donald Trump and the Trump Organization, and the president himself also wanted to weigh in on that, but it seems they'll be left out of the mix. That might not bother Trump. He seemed to downplay his link to Cohen during a "Fox and Friends" interview Thursday morning.

"Mr. President, how much of your legal work was handled by Michael Cohen?" Steve Doocy asked.

"Well as a percentage of my overall legal work, a tiny, tiny little fraction," Trump responded.

Once the special master deems an item fair-game, it will be turned over to the prosecutors investigating Cohen.