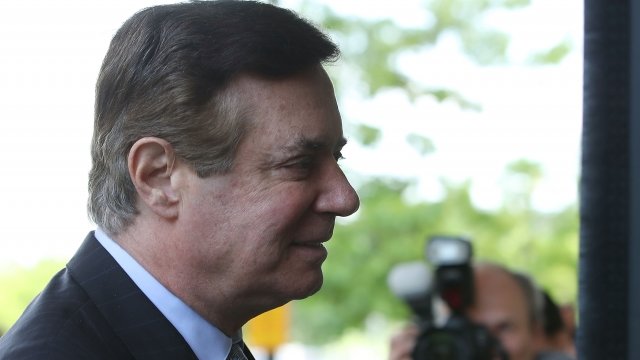 The circumstances of Paul Manafort's pre-trial detention have caused a bit of court drama.

Manafort has been in jail since June 15. He's awaiting two separate trials — one in Washington, D.C., and one in Alexandria, Virginia.

On July 6, Manafort's attorneys filed a motion to delay his Alexandria trial. They claimed they needed more time to prepare their defense, and they pointed to the location of Manafort's jail as part of the problem.

The judge responded by ordering the U.S. Marshal Service to move Manafort from a jail in Warsaw, Virginia, to one in Alexandria. But defense attorneys opposed that move, citing concerns about Manafort's safety.

The judge wasn't swayed, and he again ordered Manafort to move jails. In his ruling, he wrote, "The professionals at the Alexandria Detention Center are very familiar with housing high-profile defendants."

The judge called the defense's objection to the jail move "surprising and confusing." A filing from special counsel Robert Mueller's office might shed some light on why Manafort wanted to stay where he is.

The court document claims Manafort has "unique privileges" at the Warsaw jail. According to Mueller's team, Manafort stays in a larger "living unit", uses a private bathroom, has access to a separate workspace, has his own telephone and doesn't wear a prison uniform.

While the judge has ordered Manafort to change jails, he hasn't ruled on the larger motion to delay the trial. A hearing on that issue is set for July 17.