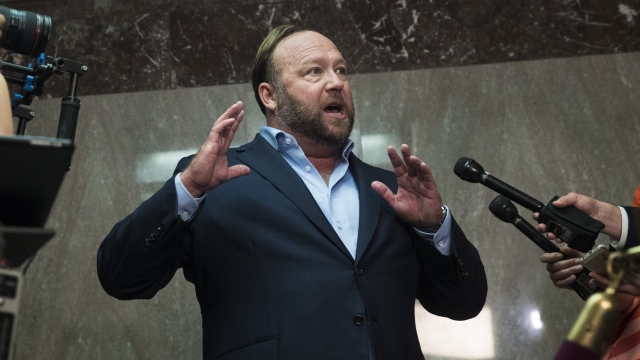 A Texas judge has ordered Infowars founder Alex Jones to pay more than $100,000 in legal fees in a defamation case against him, according to multiple outlets.

Neil Heslin, the father of a Sandy Hook school shooting victim, sued Jones in 2018. His lawsuit alleged Jones had falsely accused Heslin of being an actor and lying about the death of his son Jesse. Jones had previously said the 2012 shooting at Sandy Hook Elementary School was a "hoax."

The New York Times reported Judge Scott Jenkins of Travis County, Texas, handed down the order on Dec. 20. He said Jones and his lawyer purposely ignored an October court order to present witnesses and other materials to Heslin's attorneys. The judge also reportedly said Jones' actions "should be treated as contempt of court."

In a separate ruling issued on the same day, Jenkins denied Jones' motion to dismiss the lawsuit, according to the Times.

In an email to The Daily Beast, which first reported the ruling, one of Heslin's attorneys said: "It's hardly a surprise that someone like Alex Jones would soon find himself in contempt of court, but now he is learning there are severe consequences to his utter disrespect for this process."

Thomas Wade Jefferies, a lawyer representing Jones and Infowars, told Newsy the decision will be appealed. He also said he feels "the actual amounts of attorney's fees awarded" are "excessive."