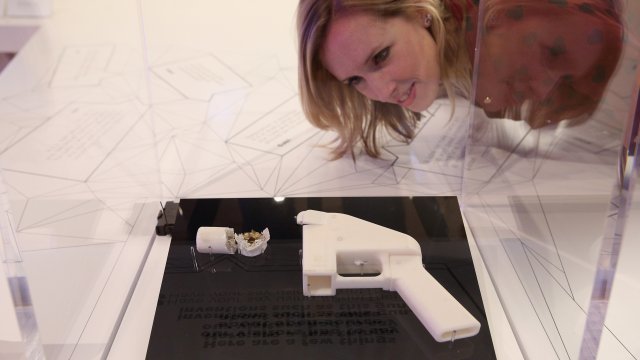 A federal judge has extended a ban on the release of downloadable blueprints for 3D-printed guns.

The injunction was filed Monday. It says Defense Distributed, the company that's trying to release the blueprints, can't do so until a court case involving it is resolved.

The judge temporarily banned the designs from being published in July after several states filed a lawsuit against the Trump administration. They were challenging a settlement between Defense Distributed and the State Department that would allow the blueprints' release.

The states' attorneys general brought the lawsuit right before the designs were set to go public. Still, more than 1,000 people had already reportedly downloaded plans to print assault-style rifles.