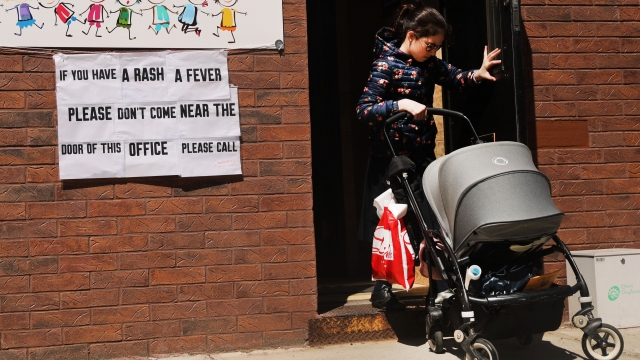 A judge in Brooklyn has dismissed a lawsuit from a group of parents challenging New York City's mandatory measles vaccination order.

According to several reports, the judge denied the parents' request for a temporary restraining order against the vaccination order, which is part of a public health emergency declaration signed earlier this month.

The parents reportedly argued the order was unconstitutional and that a quarantine would be a better solution. But the judge disagreed.

He wrote in his decision: "A fireman need not obtain the informed consent of the owner before extinguishing a house fire. Vaccination is known to extinguish the fire of contagion."

As of Thursday, health officials said there have been 359 confirmed cases of measles in Brooklyn and Queens since October. Most of the cases involved members of the Orthodox Jewish community.

And as one of the biggest Jewish celebrations of the year begins on Friday, the outbreak could get even worse. New York City's health commissioner told CNN: "The concern is that with Passover and increased travel, we're going to be putting more people at risk."

The attorney representing the group of parents in their lawsuit said they're disappointed by the judge's decision and are discussing the next steps.