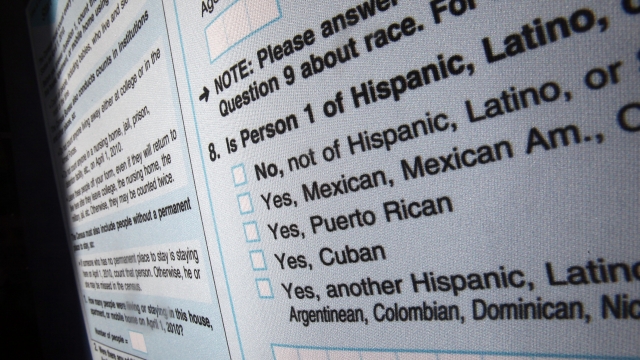 A Maryland federal judge is elaborating on new evidence in a census citizenship case that he says merits additional exploration.

Last week, U.S. District Judge George Hazel said that further analysis may be needed in a case about the Trump administration's proposal to put a citizenship question on the next census.

And in a court filing Monday, Hazel expanded on that new evidence. He wrote it reveals a "disturbing picture" that "potentially connects the dots between a discriminatory purpose" and the White House's decision to add the question.

The new discovery stems from a plaintiff motion. It includes documents from a deceased Republican redistricting expert allegedly suggesting he'd been in talks with the Trump administration about the question. The communications reportedly centered on how adding the question would give Republicans and white voters an electoral advantage, and, according to Hazel, dilute Hispanics' political power.

At issue is whether the addition would violate the constitutional rights of immigrants and certain people of color. The federal government says it'll help the Justice Department better enforce the Voting Rights Act. But critics say the question will curb census participation by those groups, hurting the report's accuracy.

The possibility of a citizenship question has already been blocked multiple times in federal courts, including Hazel's. But whether it'll appear on the 2020 Census ultimately lies with the Supreme Court, which is expected to issue a decision this week.

Here's where it gets tricky: Hazel's case is technically over, so it can't go forward there unless an appeals court chooses to return it to him. And depending how the high court rules, it could render Hazel's decision moot.

It's also been a hot topic on Capitol Hill. On Tuesday, the House oversight committee officially filed a report to hold some Trump administration officials in contempt of Congress for not complying with subpoenas to hand over information on the citizenship question issue. The panel also released a transcript supporting committee Democrats' opinion that the question addition has a political motive.

The White House has asserted executive privilege over all the documents in question.