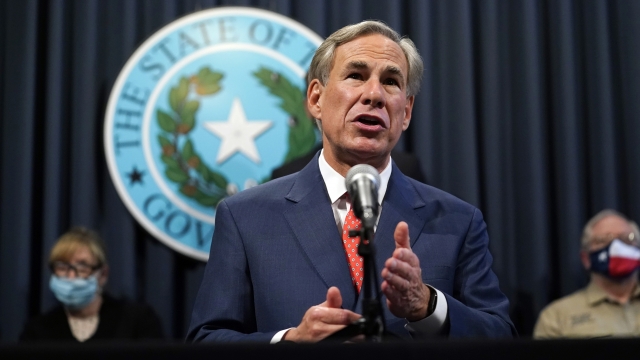 Critics point out the Republican governor's directive would disproportionately affect the most populous county, which is dominated by Democrats.

A federal judge on Friday blocked Texas Gov. Greg Abbott's order that would have limited locations to drop off mail-in ballots.

Abbott issued the proclamation earlier this month. He says limiting drop off sites to one per county will increase election security.

Several civil rights groups sued. Critics point out the Republican governor's directive would disproportionately affect the state's most populous county — Harris County. Under Abbott's order, the heavily-Democratic county of 4.7 million people would have had the same number of ballot drop boxes as a rural West Texas county, Loving, with a population of 169.

He said: "Make no mistake, this is intentional. This is being done to make it more difficult for you to vote. But I urge you, do not be discouraged. If every voter only takes away one thing from today, I want it to be that your vote is your voice in our democracy."

The judge said in his decision that the order doesn't serve the public interest and is a burden on vulnerable voting populations.

He wrote that limiting drop boxes would mean "older and disabled voters living in Texas's largest and most populous counties" would have to travel further, putting them at increased risk of contracting COVID-19.

Gov. Abbott's administration is expected to appeal the decision.