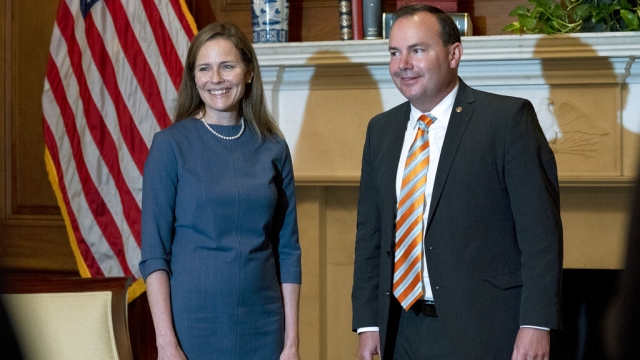 A White House spokesperson has confirmed to Newsy that Judge Amy Coney Barrett has tested negative for COVID-19.

The White House tells Newsy Barrett is "tested daily" and is following best practices like wearing a mask and social distancing.

But Barrett has met with dozens of senators on the Hill this week, including Senator Mike Lee who has since tested positive for COVID-19.

There was fear that Barrett could’ve been exposed at some point in the week and that would fuel the need to push the already tight confirmation schedule back.

However, the Washington Post reports Barrett already had the virus earlier this year. Prior infection is believed to reduce the chances of getting the virus again, but how long any immunity might last is an open question.

The Senate republican leadership and the Chairman of the Senate Judiciary Committee say the confirmation process will proceed.

But Ranking Democratic Senator Dianne Feinstein says that with so little known about the chain of exposure to the virus, it’s premature to commit to a hearing schedule. Amber Strong, Newsy, Northern, Virginia.