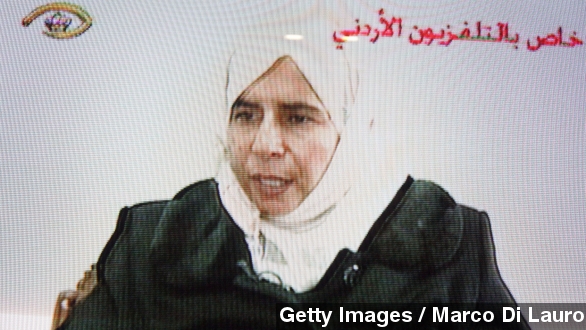 By Cliff Judy
January 28, 2015
While some outlets call Jordan's circumstances "dreadful", the country still said it was willing to swap a death row prisoner for ISIS hostages.
SHOW TRANSCRIPT

With the deadline ISIS set to execute two foreign hostages nearing, government officials from both of the hostages' home countries signaled a deal might be in place to save them — or at least, a willingness to make a deal.

Over the weekend, the militants in Iraq and Syria announced it executed Japanese security contractor Haruna Yukawa. ISIS still held freelance journalist Kenji Goto and a Jordanian fighter pilot shot down in December.

In exchange for freeing Goto and the pilot, ISIS demanded Jordan release attempted suicide bomber Sajida al-Rishawi, who was on death row in Jordan.

"We don't know the specific details, but we do know that we are getting very close now — uncomfortably close to the deadline," CNN's Will Ripley said.

A high-ranking member of Jordan's parliament already told Bloomberg the country would not release al-Rishawi for Goto alone, which is likely why pilot Moaz al-Kasasbeh is now apparently part of the hostage swap negotiations.

The BBC pointed out ISIS's demands put Jordan in what it called a dreadful position. Negotiate with terrorists in your backyard and you set a precedent that's very difficult to back up.

The network's security correspondent said, "Yet at the same time many Jordanians don't support their country's role in US-led air strikes on IS positions. They want their captured pilot to come home alive and for Jordan to stay out of the fight against IS."

Just Sunday, Japan's Foreign Ministry also put out a statement reading, in part, "The Government of Japan will never give in to terrorism."

Stay with Newsy as this story develops.