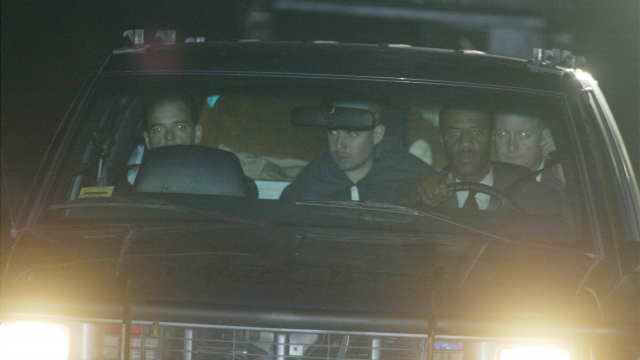 He pleaded guilty in 2002 to providing support for the Taliban and was sentenced to 20 years in prison.

Lindh was captured in Afghanistan after the September 11th attacks. He pleaded guilty in 2002 to providing support for the Taliban and was sentenced to 20 years in prison.

He was the first American detainee to be convicted in the "War on Terror."

As of Thursday, Lindh had served 17 years of his sentence. His early release was for good behavior.

Sens. Richard Shelby and Maggie Hassan sent a letter to the Federal Bureau of Prisons last week opposing Lindh's release. They said they're concerned that Lindh may still be holding on to extremist views.

Lindh will serve the next three years on supervised release. During that time, he won't be able to have a passport, and he can't use the internet without being monitored. Lindh is also required to undergo mental health counseling.