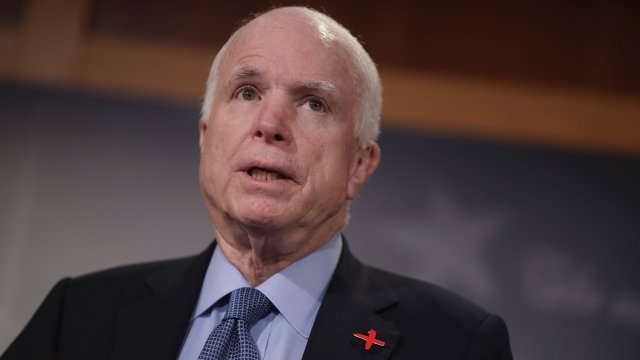 Tired of waiting for the Trump administration to unveil a revamped strategy for the war in Afghanistan, Sen. John McCain went ahead and created his own.

Off the battlefield, he also suggested boosting diplomatic pressure by working with some of Afghanistan's neighbors, making U.S. aid contingent on the government hitting anti-corruption benchmarks and putting pressure on Pakistan to not aid terrorist groups.

McCain hopes this will secure the country and "encourage and facilitate a negotiated peace process … and an eventual diplomatic resolution." 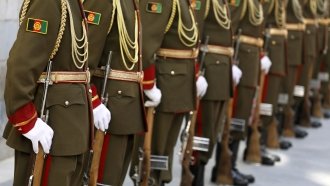 McCain was re-elected in 2016. He isn't expected to serve another term, which means he won't have to worry about winning votes for the rest of his six-year term.

Secretary of Defense Jim Mattis promised to unveil a new Afghanistan strategy by mid-July, but the White House couldn't seem to hammer it out. National security adviser H.R. McMaster reportedly wanted to send more troops, but Trump wasn't on board.

It's important to note that McCain's amendment can't actually make the White House do anything. But if it passes, it would at least show the White House that there is a plan for Afghanistan that Congress would support.

Without new direction, the Pentagon has had to continue with its most recent directives — something McCain isn't keen on.

He said: "President Obama's 'don't lose' strategy has put us on a path to achieving the opposite result. Now, nearly seven months into President Trump's administration, we've had no strategy at all as conditions on the ground have steadily worsened."

He's right about those conditions. Reports from Afghanistan say U.S.-backed forces have struggled to stop the Taliban from gaining territory.