What Does It Mean To 'Lie In State'? 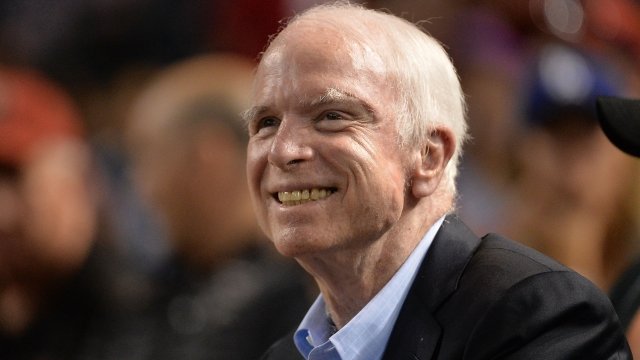 SMS
What Does It Mean To 'Lie In State'?
By Jake Jones
By Jake Jones
August 30, 2018
Sen. John McCain will lie in state at the U.S. Capitol Rotunda on Friday.
SHOW TRANSCRIPT

Sen. John McCain will lie in state in the U.S. Capitol Rotunda on Friday, an honor reserved for a select few American statesmen and military leaders.

According to the Architect of the Capitol, only people who have served in the government are eligible to "lie in state," meaning their coffin is on display for citizens to pay their final tribute. When the government honors private citizens in the same way, it's called "lying in honor."

The honor is only allowed with permission from family and authorization by Congress or its leaders.

McCain will join only 30 other Americans to lie in state, including 11 presidents. His coffin will reportedly rest on the same platform, called a catafalque, that was built for Abraham Lincoln.