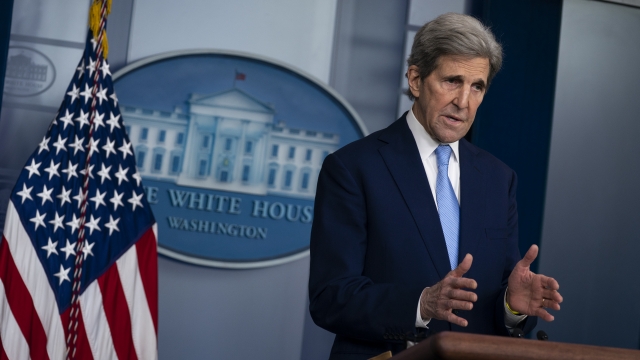 Some Republicans are demanding more answers and some are even calling for Kerry to resign from his current role.

John Kerry is denying allegations he ever spoke with Iran's foreign minister about Israeli military operations.

The allegations were sparked by leaked audio where the Iranian official says Kerry told him Israel had attacked Iranian interests in Syria 200 times.

The two diplomats spoke many times while they were negotiating the Iran nuclear deal when Kerry was secretary of state under President Obama. But Iran's foreign minister didn't say when exactly Kerry told him about the attacks.

A spokesperson for the State Department didn't comment on the leaked audio but said the Israeli attacks weren't a secret at the time.

Some Republicans are demanding more answers and some lawmakers are even calling for Kerry to resign from his current role as U.S. special envoy for climate change.