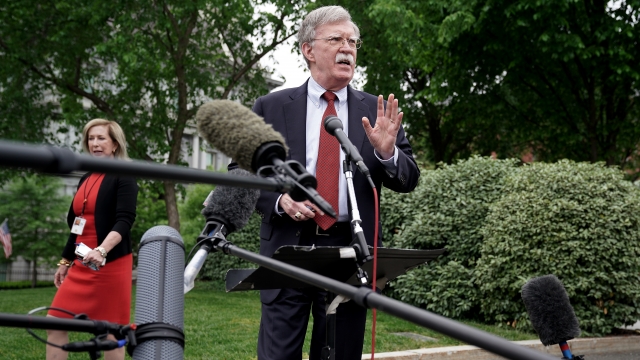 Bolton is one of the key players who did not appear during any of the open- or closed-door hearings in the House. But we do have some idea of what could come up if he testifies in front of the Senate.

He would likely be asked about two frank comments Fiona Hill testified about. According to her, both she and Bolton had concerns about efforts to schedule a White House meeting between President Trump and Ukrainian President Volodymyr Zelenskyy. She testified that Bolton was unhappy with Rudy Giuliani's involvement in Ukraine.

"And he then, in the course of that discussion, said that Rudy Giuliani was a hand grenade that was going to blow everyone up," Hill testified.

Hill said she shared their concerns with the National Security Council's lawyer and relayed a message from Bolton.

"I had to go to the lawyers, to John Eisenberg, our senior counsel for the National Security Council, to basically say, 'You tell Eisenberg,' Ambassador Bolton told me, 'that I'm not part of this, whatever drug deal [Mick] Mulvaney and [Gordon] Sondland are cooking up,'" Hill testified.

Bolton could confirm whether or not he supported a White House meeting between the two leaders. He might also be asked about why memos from the July 25 phone call between Presidents Trump and Zelenskyy were placed in the highly classified computer system.

But arguably the biggest questions would be about the delayed Ukrainian military aid. Multiple witnesses told House lawmakers they weren't exactly sure why it was withheld or why it was ultimately released. As national security adviser, Bolton presumably would have been involved in conversations about both those decisions.