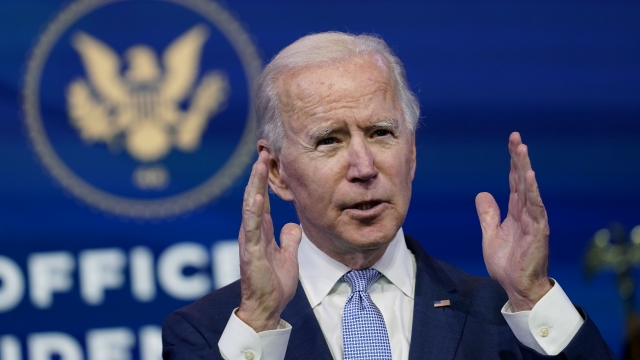 Joe Biden soared to the top of the 2020 Democratic primary with a promise to restore and build on Obamacare.

The incoming president's top health care goal after COVID? To reach universal coverage for all Americans.

Universal coverage, that is access to insurance coverage that will pay for health care for everybody, does not require so-called single payer or Medicare for all.

Bloche, who served as a health adviser on President Obama's 2008 campaign and presidential transition team, says Biden will first have to undo some of the changes to the Obamacare insurance markets caused by President Trump.

The biggest step Biden's administration can take toward getting universal health coverage is creating a public insurance option. But that will require legislation from Congress, where Democrats have just a slim majority in the Senate.