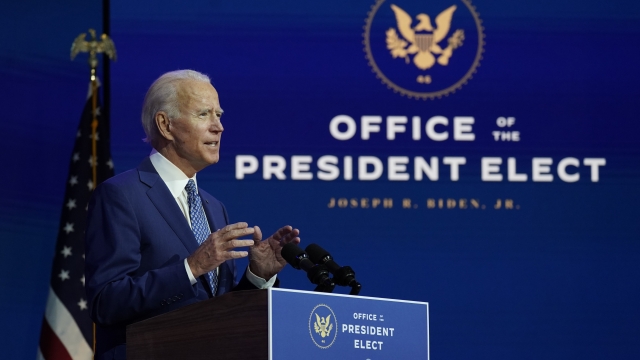 Topping the list is Antony Blinken, who Biden will nominate as secretary of state. Blinken is one of Biden's closest and longest-serving foreign policy advisers. He previously served as deputy secretary of state and deputy national security adviser under President Barack Obama.

If confirmed by the Senate next year, Haines will be the first woman to lead the intelligence community. Mayorkas will be the first Latino and immigrant to head Homeland Security, and Sullivan will be one of the youngest ever to serve as national security adviser.

Biden has said he is pushing for a diverse Cabinet.

"I said at the outset, I wanted this campaign to represent and look like America," Biden said in his victory speech earlier this month. "We've done that. Now that's what I want the administration to look like and and act like."

On the trail, he spoke often of the nation's foreign policy, vowing to "rebuild" American diplomacy.

"I'll make it my mission to restore American leadership, elevate diplomacy as a principal tool of our foreign policy," Biden said in a July 2019 speech on foreign policy.

Rounding out the list Monday was former Secretary of State John Kerry, who will serve as President-elect Biden's climate czar.

All six announced Monday had previously served in the Obama White House in some capacity.