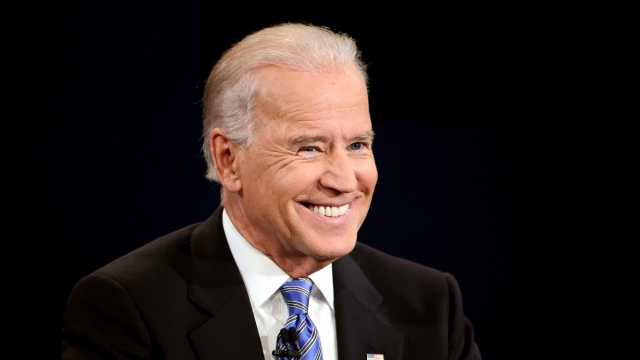 Joe Biden's entrance into the 2020 race could upend an already packed field of candidates.

Todd Belt, a political science professor at the George Washington University says although it's not guaranteed that Biden would win the nomination, he does have a few advantages over his rivals.

"He has donor lists, he has volunteer lists," Belt said. "He's been in politics a very long time and the presidential primary process is about delivering states. And having people in those states endorse you, give you their campaign experience, their volunteers, their donor list and their help in delivering those states, like Iowa, like New Hampshire, like South Carolina and all the states that will be on super Tuesday."

For months, many have urged the former vice president to run for president and he's faced a few bumps in the road along the way. Recent allegations of inappropriate touching of women surfaced forcing Biden to apologize. He could also face criticism for his handling of the decades old testimony of Anita Hill, who at the time, accused Supreme Court nominee Clarence Thomas of workplace sexual harassment.

Despite those potential issues, the former vice-president would likely pitch himself as a more moderate choice for Democratic voters and he'd also need to tap into the success of his former boss.

"Hillary Clinton took for granted the Latin and black communities that have been the bedrock of the Democratic electorate," Belt said. "Joe Biden needs to reform the Obama coalition in order to win the election not only at the primary level but also at the general level. He needs to talk about the issues that are facing those communities."

"In order to see someone like Joe Biden solidify the party behind him in terms of the white working class as well as the urban black vote and Latino vote," Belt added. "There's an opportunity for him to put somebody on the ticket that would help him with that."