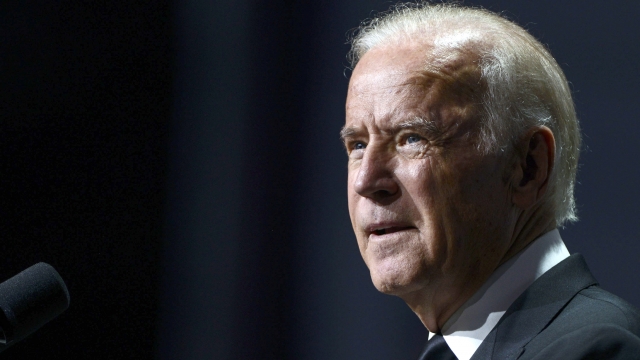 In a three-and-a-half-minute video posted Thursday morning, Biden largely focused on Charlottesville, Virginia. The city was the backdrop for a deadly "Unite the Right" rally in 2017. President Donald Trump was heavily criticized for blaming both counterprotesters and protesters for the violence, and saying there were "fine people" on both sides.

"In that moment, I knew the threat to this nation was unlike any I've ever seen in my lifetime. … The core values of this nation, our standing in the world, our very democracy, everything that has made America — America is at stake. That's why today I'm announcing my candidacy for President of the United States," Biden said.

Biden served as former president Barack Obama's vice president from 2008 to 2016 and was awarded the Presidential Medal of Freedom prior to leaving office. He also served as a U.S. senator for Delaware for more than 35 years. Throughout his political career, Biden has championed such issues as climate change legislation, middle-class tax reform, and free nationwide community college education.

In recent weeks, Biden's faced accusations of inappropriate touching from multiple women. He's addressed the allegations several times, saying he "will be more mindful about respecting personal space in the future" and that he's "not sorry for any of [his] intentions."

This marks the third time Biden's run for the Democratic nomination. He first tried in 1988 and again 20 years later, but lost to then-Sen. Barack Obama. Recent polls show Biden as a front-runner among 2020 candidates, despite not announcing his bid until now.