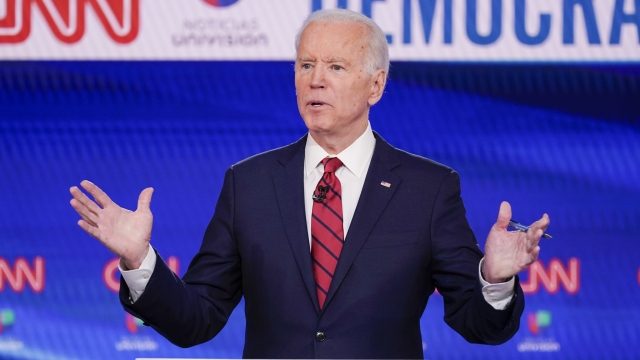 SMS
Joe Biden Accused Of Sexual Assault
By Briana Koeneman
By Briana Koeneman
April 13, 2020
A woman who previously accused Biden of unwanted touching says he also assaulted her in a Capitol Hill office building back in 1993.
SHOW TRANSCRIPT

Tara Reade told multiple media outlets Biden attacked her in a Capitol Hill office building back in 1993. At the time, Biden was a senator and Reade was working as a staff assistant in his office.

A spokesperson for Biden denied the allegations, saying, "This absolutely did not happen."

Last year, Reade was one of several women who accused Biden of unwanted touching, including kissing and hugging. But none of them accused him of sexual assault at the time. Reade said she didn't bring it up then because she was afraid of potential backlash.

Biden is the Democractic Party's presumptive presidential nominee now that Sen. Bernie Sanders has left the race. Reade said she supported Sanders or Sen. Elizabeth Warren for the nomination, but that her decision to disclose the allegations against Biden weren't politically motivated.