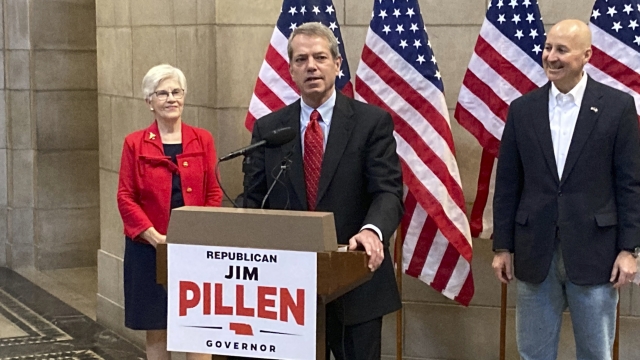 Republican voters in Nebraska picked Jim Pillen as their nominee for governor, siding with the University of Nebraska regent backed by the state’s outgoing governor over a rival supported by former President Donald Trump and accused of groping multiple women.

Pillen, a hog farm owner and veterinarian, defeated eight challengers, including Charles Herbster, a businessman who faced groping allegations late in the campaign, and Brett Lindstrom, a state senator and Omaha financial adviser who was generally viewed as a more moderate choice.

“We live in the greatest place on the planet, right here in Nebraska,” Pillen said in a victory speech late Tuesday as a crowd cheered and chanted, “Let’s go, Jim!” He said his opponents had called to concede. 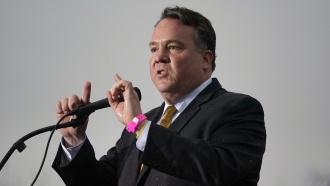 While Trump-endorsed candidates won primary races in West Virginia for the U.S. House on Tuesday, the statewide loss in Nebraska was a setback for Trump. He has issued hundreds of endorsements and staged his signature campaign-style rallies in support of his preferred candidates, including Herbster, all in an effort to bend the GOP in his direction ahead of another possible presidential run in 2024.

Herbster's loss raises the stakes on other high-profile races this month in Pennsylvania and Georgia, where Trump has also intervened in campaigns.

In this Republican stronghold, Pillen will be a favorite in November’s general election against his Democratic opponent, state Sen. Carol Blood. Nebraska hasn’t elected a Democrat as governor since 1994.

Pillen was endorsed by many top GOP leaders in the state, including Gov. Pete Ricketts, former Gov. Kay Orr, and renowned former University of Nebraska football coach and congressman Tom Osborne. Ricketts was prevented by term limits from running again. 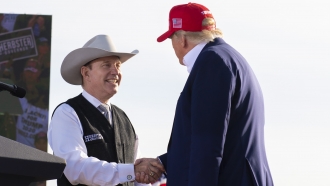 2022 Midterms: What To Watch In Nebraska, West Virginia

Nebraska Secretary of State Bob Evnen, a Republican who also won renomination on Tuesday, predicted that 35% of registered voters would cast ballots in the primary, the highest percentage since 2006, based on what he had seen so far.

Nebraska Republicans and Democrats also picked their candidates for the seat previously held by Republican U.S. Rep. Jeff Fortenberry, who resigned from office and ended his reelection bid in March after he was convicted of federal corruption charges.

State Sen. Mike Flood, a former speaker of the Nebraska Legislature, won the Republican nomination, while state Sen. Patty Pansing Brooks won the Democratic nod. Flood will enter the race as a strong favorite in the Republican-heavy 1st Congressional District, which includes Lincoln, small towns and a large swath of eastern Nebraska farmland.