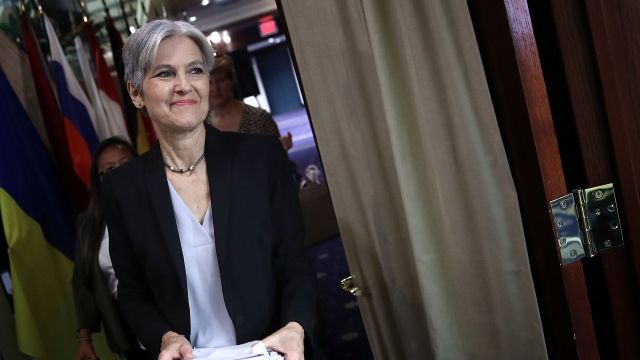 The campaign said the state court system is "ill-equipped to address this problem."

Jill Stein and her supporters have dropped statewide recount efforts in Pennsylvania — but it's not over yet.

The campaign filed for recounts in Michigan, Pennsylvania and Wisconsin in late November. By Sunday morning, the recount bid had raised a little over $7 million.

But the campaign says it couldn't afford to pay the $1 million bond required for the Pennsylvania recount.

Instead, they're switching strategies and taking the case to federal court.

The campaign said "the state court system is so ill-equipped to address this problem" that they're taking it to the next level.

It's still not clear exactly what Stein would get out of a recount. President-elect Donald Trump would have to lose in all three of those states to bump him below the 270 electoral votes needed to win the presidency.

Stein also scored less than 2 percent of the vote in each of the states she wants recounted.

Still, the campaign says it will file for "emergency relief" in federal court Monday.