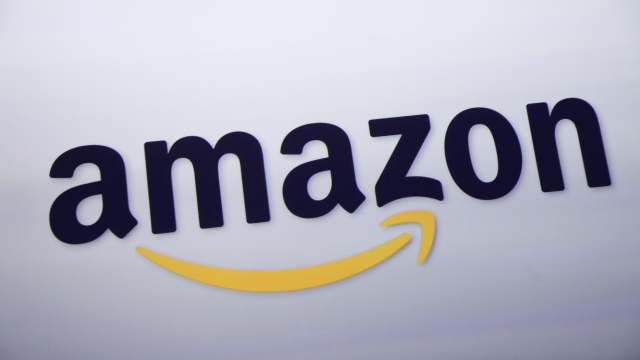 Celebrities and Jewish groups are urging Amazon to stop selling the book and film 'Hebrews to Negroes: Wake Up Black America.'

Celebrities and Jewish groups are urging Amazon to stop selling a film widely considered to be antisemitic on its platform after suspended Brooklyn Nets player Kyrie Irving tweeted a link to the documentary.

Irving apologized only after being suspended and is also facing repercussions off the court, as Nike said it will likely end its relationship with the basketball player.

FBI Director Christopher Wray recently said the bureau is fighting against antisemitism, stating that more than 60% of religious hate crimes are sparked by antisemitism.

"And I'd venture to say that no community feels more threatened by that boiling over into violence than yours,” said Wray. “Now the threats may be coming from all sides, but we're hitting back at them full force and we're doing it from multiple FBI programs. Both are criminal and counter terrorism divisions that right now are laser focused on the problem."

Several Jewish groups are standing up, including the American Jewish Committee. The committee has launched an online petition calling on Amazon to immediately remove the book and film from its platform.

The Brooklyn Nets has suspended player Kyrie Irving for posting a link to a documentary containing antisemitic comments.

The petition goes on to say, “Amazon has a critical role to play in ensuring Americans do not consume hate-filled propaganda and misinformation.”

Newsy reached out to Amazon for comment but did not hear back.

Newsy sat down with Rabbi Jonah Pesner, the director of the Religious Action Center of Reform Judaism.

NEWSY'S STEPHANIE SANDOVAL: They didn't necessarily make the film like Adidas made the shoe, the product, but they're still selling that product on their platform. Should Amazon be held to the same standards as Adidas?

RABBI JONAH PESNER: Every platform has to be held responsible for the content on its platform, whether you're Facebook, Twitter or Amazon. And if the platform is being leveraged by bigots, by racists, or by people who hate Jews, then they have to take those things off their platforms, which it's time for corporate America and the social media companies to take responsibility for the hate and disinformation and saying ... hiding behind a false claim of free speech is not an excuse.

SANDOVAL: How do you feel about these companies still making a profit from these products?

PESNER: I think it's embarrassing and reprehensible that people are profiteering on the spread of misinformation. Companies have to take responsibility for their platforms and the damage of the content on those platforms. Even if they didn't create the content, they're spreading the content. And between the corporate sector, limiting itself and taking responsibility, and the government actually setting sensible regulations. We need to make a change.

The Anti-Defamation League, a nonprofit organization devoted to fighting antisemitism, says its working with Amazon to potentially add a disclaimer to the film before customers buy or rent the film.

Antitrust experts worry that the deal is less about selling Roombas and more about finding ways to surveil the most intimate spaces of our lives.