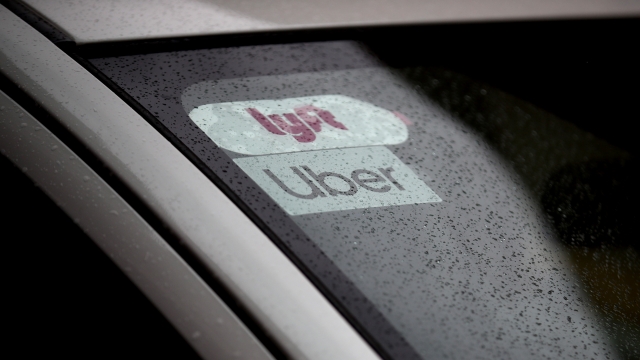 SMS
Jersey City Pushes For Illuminated Signs In Rideshare Vehicles
By Caitlin Baldwin
By Caitlin Baldwin
April 8, 2019
The ordinance would require drivers for companies like Lyft and Uber to place a well-lit sign in the windshield or dashboard.
SHOW TRANSCRIPT

A city in New Jersey may soon require rideshare vehicles to have illuminated signs after the death of a college student.

Jersey City Mayor Steven Fulop announced a new ordinance that, if approved, would require drivers for companies like Lyft and Uber to place a well-lit sign in the windshield or dashboard for passengers to easily see from 50 feet away. Fulop says he wants rideshare companies to provide the signs to drivers.

The legislation comes after University of South Carolina student Samantha Josephson, a New Jersey native, was killed last month when she got into a car she thought was her Uber.

Fulop called her death an "unfortunate traged[y]." He's urging riders to verify their driver by looking for the new illuminated signs and asking for their driver to "identify themselves using a name or a pin number."

As part of the ordinance, rideshare companies would have to submit the name, contact information, license plate number and address of every driver operating in Jersey City.