Over 91,000 Pounds Of Ground Turkey Recalled Ahead Of Thanksgiving 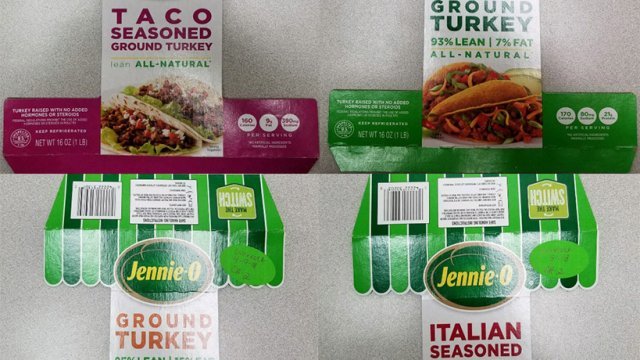 A major turkey manufacturer has recalled over 91,000 pounds of turkey just days ahead of Thanksgiving due to a fatal salmonella outbreak.

The infected samples come from a production batch in September that shipped nationwide. The recalled products have a use-by date of Oct. 1 or 2, but regulators worry they could still be in freezers.

Though this is the first major recall linked to the current outbreak, infected products have led to one death, at least 164 reported illnesses and 63 hospitalizations this year.

Regulators have also found traces of salmonella in raw turkey pet food and live turkeys from several companies, which suggests the bacteria may be more widespread than they initially thought.