Jeff Sessions Is Out As Attorney General 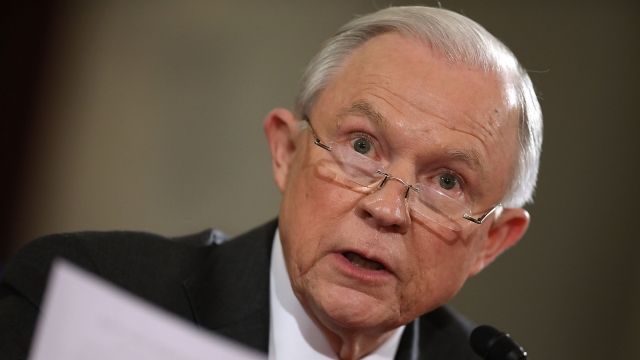 Attorney General Jeff Sessions is out of a job.

In June 2017, news reports said Sessions offered his resignation to Trump because tensions between the two were rising, but Trump rejected the offer.

Since then, the president has repeatedly slammed his own AG, often focusing his frustration around Sessions' decision to recuse himself from the Russia investigation.

"Jeff Sessions takes the job, gets into the job, recuses himself, which frankly I think is very unfair to the president. How do you take a job and then recuse yourself?" Trump said.

Sessions' appointment was controversial from the start. There were protests during his confirmation hearing, and a sitting senator even testified against him.

"Sen. Sessions has not demonstrated a commitment to a central requisite of the job," Sen. Cory Booker said while testifying against Sessions.

Sessions made quite a few newsworthy moves while leading the Department of Justice. He reversed the Obama-era practice of seeking shorter sentences for nonviolent drug offenders. And he curbed the department's investigations into police misconduct.

But one of the most controversial decisions was the "zero tolerance" policy at the southern border. That led to thousands of children being separated from their families. A court ordered the Trump administration to reunite those families, but about a month after that deadline passed, more than 500 children were still in the custody of the U.S. government.