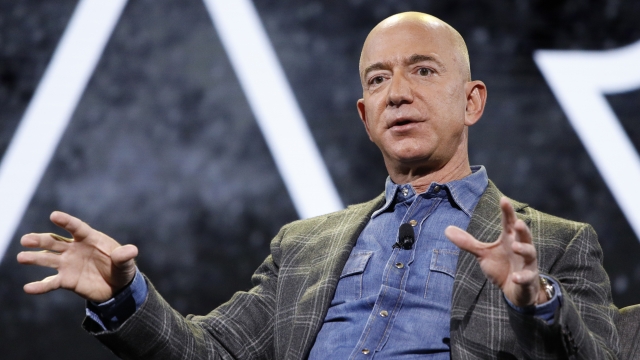 A billionaire's dream is about to skyrocket into a reality.  Amazon founder Jeff Bezos is going to space.

“I want to go on this flight because it’s a thing I've wanted to do all my life.”

“for New Shepard we’ve been following an aggressive approach from the beginning.”

New Shepard… is the rocket… built to take six people more than 60 miles above earth. It has successfully launched and landed 16 times, according to Blue Origin.

“oh look at that smooth landing.”

but July 20, New Shepard will fly its first passenger flight and the billionaire Bezos is planning to be on it.

“i really want you to come with me… would you? “are you serious?” “i think it would be meaningful.”

“and then when he asked me to go along, i was just awestruck.”

Bezos is due to step down as amazon’s CEO just days before liftoff.

A third seat is also up for auction-- the current bid at 3.2 million dollars as of Monday afternoon-- and closes Saturday.

It’s unclear if the last three seats will be filled, but those on-board will experience three minutes of complete weightlessness.

The out-of-this world experience will also happen on the 52nd anniversary of the Apollo 11 moon landing.