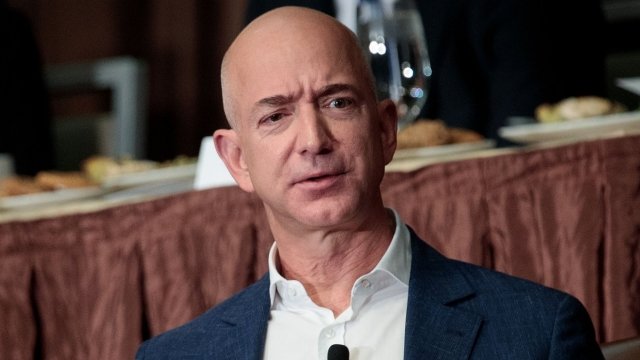 Amazon CEO Jeff Bezos is known to have the most money in the world, but he now has a little less of it so that there might be more veterans in politics.

Bezos and his wife recently donated $10 million to With Honor, a non-partisan organization and super PAC.

It's endorsed more than 30 Democratic and Republican veterans running for office in the upcoming November elections.

We don't know too much about Bezos' financial contributions to philanthropic or political causes. But in 2012 he made a $2.5 million donation to help uphold the state of Washington's same-sex marriage law.

Then last year, in a tweet asking for philanthropic giving ideas, he said he wanted to focus his efforts on "helping people in the here and now."

According to Forbes, Bezos is worth an estimated $163 billion.