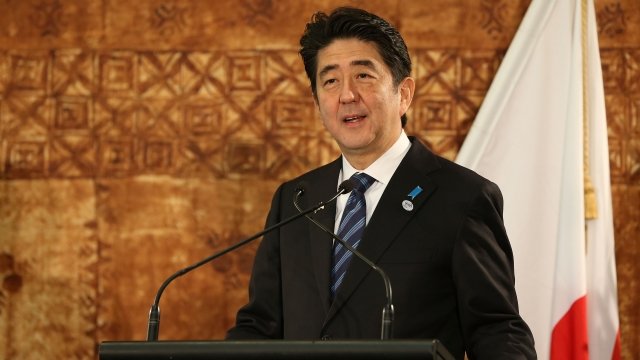 Kyodo News reported Abe was going to travel there later this month to meet with Iranian President Hassan Rouhani. But now the agency said the Japanese government decided to cancel "in light of [President Donald Trump's] push to isolate Iran."

Trump pulled the U.S. out of the Iran nuclear deal earlier this year and since then his administration has reportedly been pushing other countries to stop importing any oil from Iran or face U.S. sanctions.

Japan is a major importer of Iranian oil, and Reuters previously reported that Japanese officials are negotiating with the U.S. in an attempt to get exempted from any sanctions.

Abe would've been the first Japanese leader to visit the Middle Eastern country in 40 years.