Japan To Reportedly Pull Out Of IWC To Hunt Whales 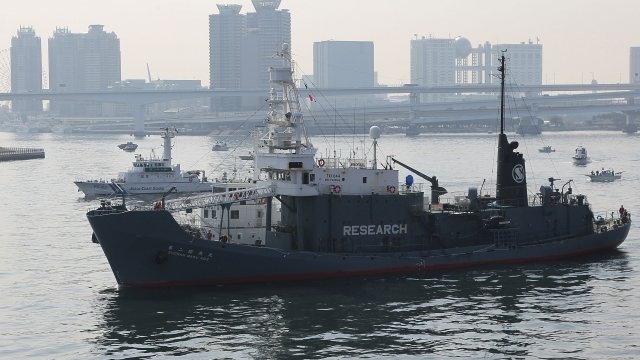 The country's public broadcaster NHK reports the government announced its decision to lawmakers Thursday to withdraw from the International Whaling Commission, or IWC.

The outlet says the government will reportedly allow commercial whaling in nearby seas and its exclusive economic zones.

The IWC suspended commercial whaling in 1986. Under the suspension, countries could still kill whales as long as it was for scientific purposes.

So for years Japan has been hunting hundreds of minke and sei whales for what it calls "scientific research." The meat is then sold to help fund the program. But critics say the program is a cover for illegal poaching.

Japan has argued whaling is part of its culture. The meat is considered a delicacy in the country, though reports from 2015 showed fewer people were eating it.